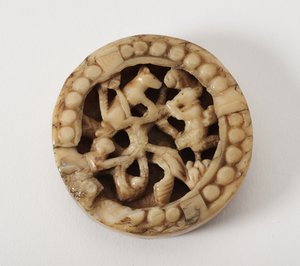 An ivory game-piece from the Hunt Museum's collections. The piece is probably a draughtsman and shows two animals. 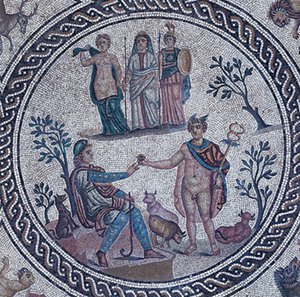 The Mosaic of the Loves was discovered during excavations at Cástulo in 2011. This scene depicts the Judgment of Paris and is made with stone tesserae and vitreous paste. Aphrodite, Hera and Athena have been brought by Hermes before Paris who was asked by Zeus to decide who was the most beautiful. 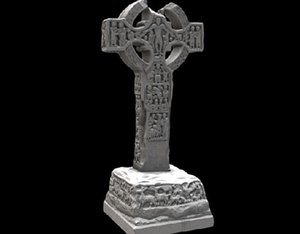 This cross stood at the junction of Market Street and Castle Street in Kells and became known as the Market Cross. It is thought to have been a boundary cross marking the perimeter of the monastery of Ceanannus. The base is decorated with hunting and riding scenes while the shaft and cross itself are decorated with scenes from the bible. 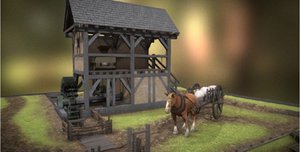 This historically correct animated 3D model of a 13th century watermill is based upon an excavation by INRAP in Thervay, France, and a mill which has been physically reconstructed and is operated by the Guédelon project in France. 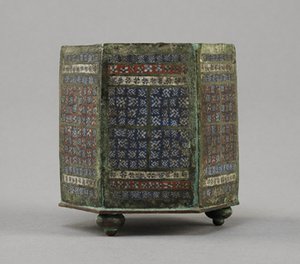 This Pyxid or inkwell in bronze and millefiori glass is from the Pas-de-Calais and dates to the 2nd-3rd century. The inkwell is just 6 centimetres high and 5 cm across but the patterns made by the millefiori glass are very fine. 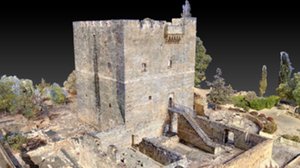 Kolossi castle is a medieval castle built in the 15th century A.D. It was captured in 3D by Cyprus University of Technology who have made their model, images and other documentation available via Europeana. 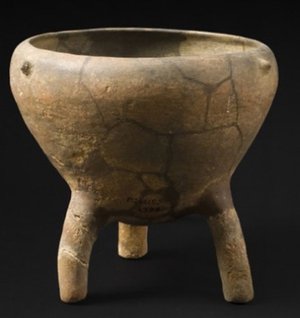 This three-legged bowl with receding rim is typical of the El Argar culture and was excavated in the southeast of Spain by the Siret brothers and later deposited at the Kings Museum in Brussels. These hand shaped vessels with two small buttons under the rim and dark, polished surfaces come from funerary contexts. 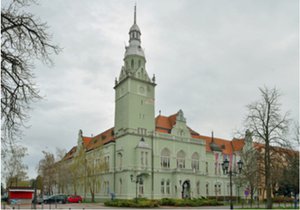 The Municipal Assembly building in the center of Apatin in Serbia was designed by the famous architect Ferenz Reichl. It is representative of the secession style and was built between 1907 to 1909. 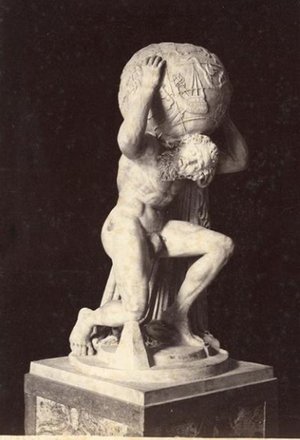 The statue of Atlas kneeling with the celestial sphere on his shoulders is decorated with low reliefs depicting the 41 classical Greek constellations itentified by Ptolemy. This statue is a Roman copy of an original Hellenistic statue and was found in Rome. It was acquired by Cardinal Alessandro Farnese in 1562 and became known as the Farnese Atlas. 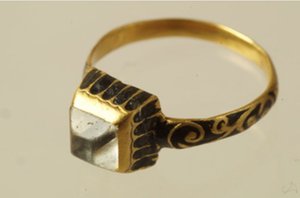 A gold finger ring with enameling and a box-shaped bezel containing a gemstone, which dates to the Renaissance or Early Modern Period. 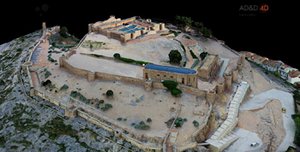 Ramón Muntaner (1265-1336), a Catalan gentleman and writer referred in his chronicle to the Castle of Onda and its walled enclosure as "of the 300 Towers". The fortress was built by the Muslims in the 10th century on the ruins of ancient Iberian and Roman settlements. View on Europeana 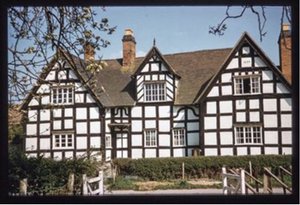 Photograph of the manor house at Bishampton taken around 1960 by Freddie and Mary Charles. Architects and internationally acclaimed experts in the conservation of timber-framed buildings the couple documented hundreds such buildings in England during restoration projects.